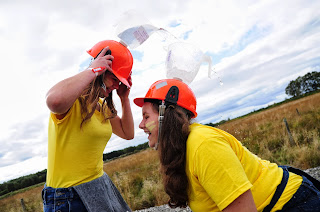 The Apex Army has secured victory on a three day mission as part of Apex Special Ops. Teams were recruited into an elite group of personnel on Friday night to respond to an enemy invasion in the area surrounding Strensall Common military training facility.

Their task began on Friday evening when teams had to locate a series of enemy landing beacons within 60 minutes. Saturday's task was to gain ground from the enemy by securing as many sensitive locations as possible. And on Sunday teams had to deactivate 30 landmines while trying safeguard a rare and endangered parrot which had strayed into the path of the invading forces. Bizarre but true.

Teams enjoyed a bright sunny weekend, dozens of activities and a night of live entertainment to relax on Saturday evening. Check out all the details online now!

the best challenges ive ever done, defo got to do this again

I agree it was one of the best Apex weekend events ever!!!